How to test your website on Mobile Platforms and Desktop Browsers 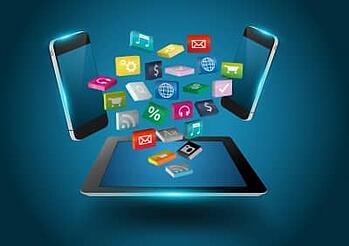 It used to be that Internet Explorer was used by about 98% of web users. That number now hovers around 50% and falling. Why? With the advent of the iPhone/iPad, the resurgence of the Mac platform, and the bursting Android market, browsers such as Safari, Chrome, and Firefox have taken a front seat on the action.

According to the Forrester Research "Interactive Advertising Models 2009" report, “Mobile marketing investments in the U.S. are slated to more than triple in the next five years.” The Morgan Stanley research chart below further demonstrates the staggering growth the mobile industry has in store over the next five years. Bottom line is, mobile is here to stay. We'd all better prepare for it.

If you haven't tested your website across lots of browsers and platforms, mobile included, in the last six months, you may want to consider doing so. Don't blame your web firm for the issues either ... I'll tell you why. The only thing that is static on the internet is a website that doesn't get maintained. Your website may be fresh on the day it launches, but the entire virtual world around it is constantly changing. Browsers are updated, new browsers are created, and your site slowly falls out of compliance as a result. Just in this past year, we have seen the launch of Windows 7, Windows Phone 7, Android 2.2 and iOS. If your website is six months old and never maintained, then it probably needs a technology audit. Never in browser history have we seen so much innovation being released in such a short period of time. More and more, people are using their mobile phones or iPad, rather than desktops, to surf the internet. Chances are these folks are using a webkit browser like Safari, Firefox or Chrome rather than Internet Explorer.


Before you jump on your phone to check website compatibility, make sure you understand that a three-year-old Blackberry without a mature browser is not the same as the smart-phones that have been created in the last year or two. These phones feature mature browsers that allow you to view your website as it was intended to be seen. When you think of the mobile revolution, think of the Apple iPhone and the Google Android. Thus far, these platforms are the ones truly changing the mobile game.

So, how do you check compatibility over such a vast number of platforms and devices? Obviously, you can't buy one of each!


Instead, using our process for testing the sites we create, I will show you how you can run your own compatibility audit. Watch the following video to see all of the tools we use and how we use them to test a site across the following browsers types:

Tools that we used for our testing environment
Image courtesy of KROMKRATHOG via FreeDigitalPhotos.net