iPad or iFad: What it Means for Mobile 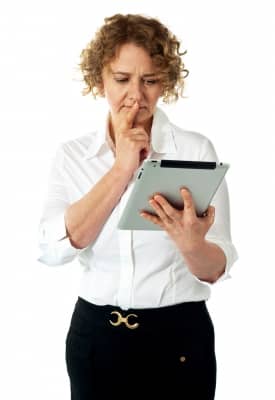 There seems to be an almost even split of lovers versus haters when it comes to the iPad.  I have read posts where people are actually getting upset that people would waist their money on the iPad.  At the time of this article it seems like 49% of the people interviewed would buy an iPad while 51% would not.  Obviously that number will change as time goes by.

Before I get into it I think that I owe you the pleasure of my technology background. This will give you a good understanding of why I have the right to write this observation.  First I was a hard core PC user.  I built almost all of my computers back in the day. I ordered most of my computer parts from Directron. The reason I got into this was I had a passion for video editing and always needed more and more power.  Over the years I became really good at building out computers that could handle the massive data management that came with Non-Linear editors.  I always had the coolest computers including the famed Asus Laptop with a real authorized Ferrari paint job. I had the cellular enable Sony Vaio TX series laptop and a whole series of Windows media server computers. 4 years ago I was converted to using the Macbook Pro by my co-workers. I was the last PC standing in our office at the time.  That shows you my love for PCs.  Now I love my MacBook Pro. I also have Apple TV and the iPhone.  This doesn't necessarily make me an Apple fanboy though, which is why I am prefacing this article with a background of who I am and what technologies I have used over the years.  It just so happens that as of present I am using more Apple products over PC.  I think giving this brief background history I have the right to now analyze the iPad since I have thoroughly used both PC and Apple platforms for at least 4 years each.

Now that we got the house cleaning out of the way let's look at this iPad, whether you love it or hate it. If you are a techie like me chances are you don't really need the iPad and you just can't understand why anyone would waist their money to buy something like this.  Believe me I understand your point of view, but just because its a really cool piece of technology doesn't mean it was even intended for you.

Remember the hard core gamers laughed at the Nintendo Wii because it's specifications where poor in terms of graphics and lack of high definition gaming?  You swore you would never buy one, but it wasn't intended for you as well.  It was intended for the 'rest of us'. I think sometimes it's only the technology people that voice their opinions in these articles and I am at fault as well. I get so tied up in what I think is good for everyone I forget sometimes that there are so many other people out there that just don't feel like I do.

Let's observe a few demographics outside of the technology ring for a moment.  There are four kinds of persons that I am sure will benefit from the iPad that we really haven't considered. The first demographic is students.  Why?  Because the iPad really does offer everything that a student would want. It's got social media applications galore, it has iWork which includes word processing, spreadsheet and PowerPoint, it's also a very good book reader.  Now let's not forget that you can also access powerful tools like Google Docs and more.  As a good alternative the iPad is a great device for a student going through school. At the time of this article there are over 150,000 applications at a students fingertips. These applications are also very cheap, great for a student on a budget.  If you are anything like I was, every penny counted when I was a student.

The student is a very important demographic because if these students start to use touch screen technology, they could eventually demand this technology be used in the workplace as they develop their careers. This will be the beginning of a paradigm shift that I am sure we will see take place in the next ten years.

The second demographic is the baby boomers.  When I was in line on opening day of the iPad in St. Louis I was surprised at the amount of people that were older than me at age 36.  This was a huge sign that these people had made up their minds that a full blown computer was overkill for their lifestyles. They just want to check email, read the news, share photos with friends and more than likely use the web as a way of buying products online and browsing search engines for information.  This demographic is definitely a consumer demographic.

The third demographic that I think fits the iPad is the stay at home parent. They more than likely don't have high demands for heavy duty computing so why would they spend upwards of $1200.00 or more on a desktop machine or laptop when they can spend $400.00 on something that fits their lifestyle.  Reading email, browsing the web for clothing or items for around the home.  Socializing on Facebook and twitter, all possible with the iPad.  This person can even catch up on an episode of Greys Anatomy at their own will with the free on-demand ABC video player. This is yet another consumer.

The last demographic that I think will benefit from the iPad is the person that does have the powerhouse computer. The one that is either a heavy media developer using Photoshop or Finalcut Pro and want's a computer when not at their desk. This person can still check their email, show of their final video creations or photography without the need of buying an expensive laptop.

Are you still with me?  I am about to give you my conclusion on whether or not it's an iPad or an iFad.  Recap... I think I defined some really good reasons why the iPad will probably succeed in a different demographic market outside of the guy/gal that already has every kind of computer from a desktop to a laptop to a notebook.

Let's look at this thing from a much higher point of view. Forget the iPad for a moment.  Think about the revolution that is taking place right before our eyes.  It's not the iPad, it's not the iPhone, it's the touchscreen experience.  Its a conglomeration of all of these exciting devices that is changing the way we access information. It's the Droid, iPhone, Palm and Palm Pre and now the iPad. The iPhone proved that the touch screen experience can be a success there is no arguing that. The mobile phone industry is playing catch up.  Now there are rumors of an Android tablet being developed by many other hardware manufacturers to compete against the iPad. It's also rumored that Dell is now developing their touch screen device. It's not an iPad or Droid its a revolution of consuming information. This is where the techies come in.  But let's wait before I define their role in the iPad revolution.

This article is sort of like deductive reasoning. We are all pretty clear that the iPhone forged the way for mobile phone touch screen devices, right? And people that use the iPhone, Droid and the Pre probably make up for a whole new demographic to how people purchase things on the web, correct? I mean the App store, movie rentals, game purchases, music and so on. All bought through touch screen devices. Now let's make a device that is a bit bigger, the iPad.  Will that work?  I think that if we look at devices like the Amazon Kindle or the Sony Reader, which cost about the same as the iPad (when this article was written) but can only do one thing where as the iPad can do just about anything media related, within reason.

The iPhone forged the way to touch screen technology, it proved that it's hear to stay and that it nor the iPad are a fad.  People want this, whether technology enthusiast believe it or not. It's not going away.  What the technology world needs to do is start to buckle down for a major revolution.  There is a huge shift in how the consumer is accessing the web and they aren't doing it by way of mouse and keyboard. There is a large consumer market forming in the way of touchscreens.

Business owners and decision makers need to start and think about how their websites,  products and services appear on these devices to ensure that they are part of this revolution and that they can provide this new demographic of consumers with a properly configured web experience made to work in the touch screen world.  Think about this, do you think that a drop down menu that is supposed to show up when you hover over it is going to work in a touch screen environment? It won't! As consumers start to switch how they use the web and your website does not start to accommodate this new type of user then you and your technology teams that didn't believe in the touch screen interfaces may find yourself in a world of hurt because you denied the fact the the iPad, the iPhone the Droid and the Pre were all just a fad.

As technology experts who deny the iPad it's place in the technology world, I think it's time to wake up.  Forget about Apple and it's products for one moment and stand beside yourself.  This has nothing to do with Apple (even though they lead the revolution), this has to do with how you and your products/service offerings are presenting themselves in the touchscreen world.  It's not a fad, and it's hear to stay whether you are a Apple fanperson or a Backberry Storm lover you need to start to think about how you and your world, products and service offerings will interface with the new revolution, the touch screen world.

Image courtesy of stockimages via FreeDigitalPhotos.net