Looking Ahead: Top News in Social Media for 2013

Through the last quarter of 2012 the social media industry has seen quite a few changes and they don't appear to be slowing down anytime soon. From Instagram's policy change flip flop to Twitter's most retweeted message ever from Barack Obama, social media has made it clear that it is here to stay for any nay-sayers. Instead of looking back any further, below I've outlined some big changes that are coming our way in 2013 for social media. What are you most looking forward to?

In 2012 FourSquare reached it's 3 billionth check in. The social site's usability is rising and I for one love to use it to search for recommendations while traveling. The platform has never steered me wrong when looking for great (but small) boutiques, restaurants or coffee shops that may otherwise go unnoticed. The big news for 2013? FourSquare is going to start sharing our full names with venues that we check-in to starting January 28th. What does this mean for privacy? Well it means more big data for businesses mananging FourSquare accounts. It means longer and more detailed access to our log information. Am I mad? Not really, after all social media can't always give without taking. I see enough benefit (besides point competition with my boyfriend) to continue using the applicaiton.

I've been personally blogging on Tumblr for 3 years now, though from the mainstream set it was never viewed as the most popular platform to really take off. However, in December of this past year Tumblr reached nearly 18 billion page views making it the 11th most visited website according to QuantCast. The site just released an andriod app as well as its first iPad application. Adding more mobile features in 2013 will most definitely boost their mobile traffic, as now it is a bit shaky. Tumblr has also introduced Sponsor Products, as a way Tumblr bloggers can promote their own sites for a fee.

Social sharing for travel junkies, AirBnB is a great way to stay somewhere local, original, and at times- price friendly. This site allows users to create a profile for their home and then rent it out to travelers when the come to town. I haven't yet used the site myself, but do browse often and have heard good things from those that have taken advantage of it. New for AirBnB? They've added 18 languages to the site along with a new app update for iOS users. They've also recently aquired LocalMind, letting users ask specific questions and get specific answers from locals lending a helping hand.

These are the social apps I'll have my eye on for 2013. What will you be paying attention to? Leave a comment with other apps that shouldn't be missed this upcoming year. 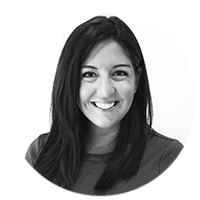