Wow, it's been amazing. Hasn't it? Bearing witness to the most significant communication platform to ever be stroked by humankind, the Internet has revolutionized the way we communicate. But you already know that, it's old news. So why is it then that so many companies tout the successes they have found online while others cower in failure, wasted time and wasted money?

Digital communications and eCommerce are both a science and an art.

Have you ever been to a networking event and just watched the people engage and communicate? Why is it that some people get all the attention while others struggle to meet new people and build relationships? It's quite easy to sit back and see the differences.

Meet Jim. Jim is a “professional networker”. Not really a professional, but very successful at networking. Jim is the guy that everyone knows. He never looks for a conversation, conversations find him. All night long he is being introduced to the crowd, meeting new people and making new friends. Jim is not a natural networker. In fact, he works at being extroverted as it does not come natural to him. He requests the attendee list prior to attending the event, researches the people and makes a list of everyone he wants to meet. He dresses for the event and outwardly shows more interest in the people he meets than in building a “network”. He builds a strategy before the event with expected goals and outcomes. Jim has a plan. The best part is that no one knows that Jim has a plan and people engage with him because Jim engages in meaningful conversations. People remember Jim.

Now meet Bill. Bill is the guy who shows up and hopes to hand out business cards. You can see all the non verbal cues of both individuals… Jim is outgoing, Bill is introverted. When Jim talks to you, you feel engaged and relevant. When talking to Bill, he is constantly looking over your shoulder, searching for the next person to talk to. Bill only cares about selling his product and services and pulls the conversation back to his sales routine. Bill is the “what’s in it for me guy”. I know Bill very well - I used to be Bill.

After the event, Bill goes home hoping people call him. Jim, on the other hand, left the event with several follow-up meetings and a handful of new friends. Jim feels great and Bill feels desperate. Jim thought the event was great and Bill thought it was a waste of time.

So when it comes to digital communications and eCommerce which one are you? Bill or Jim? Which one do you want to be? 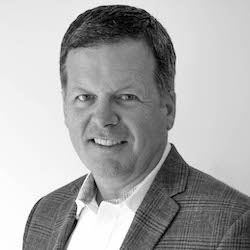