When it comes to trade shows for most manufacturers, we’ve more than likely all been there…the annual show is coming up, it's time to scramble to get your booth ready to head to a show that you aren’t quite convinced has any actual ROI for your company. If this sounds too familiar, you aren’t alone. By following these tips, you’ll be able to ensure that you’re getting the most out of each trade show!

So you’re attending the same trade show year after year (let’s be honest, you’re basically stuck doing it, so your competition doesn’t think something is going on with your business). Odds are, a good portion of the show’s attendees are also there year after year. You don’t want to bore the crowd by putting up the exact same booth they saw the previous year. People want to see something new, fresh and relevant (hey – sounds a lot like content marketing).

While you want to keep things new and fresh, constructing a new booth each year can become extremely expensive and time consuming.

In order to keep it fresh, and less costly, try maintaining the same all around structure of the booth, and just swap out the graphics with new ones each year. This will not only be a big cost saver, but also a huge time saver. You already know the sizing of each object in the booth that needs new graphics, so it’s just a matter of planning, redesigning and reconstructing. By utilizing the same structure each year, you can become more and more efficient in your shipping and set-up costs. By swapping out graphics, you can now feature your newest products or technologies, which is really what people care about. I’d call that a win-win!

If you are looking to get something more out of your trade show this year and have the budget to do so, look into purchasing a list of prospects who have signed up for the show ahead of time. Not all shows offer this as an option, but for those that do, try taking advantage of it. If you don’t have access to a new list of prospects, revisit your list from the previous year(s).

Use your lists to get the conversation started ahead of time. Schedule an automated email drip campaign leading into the show with various messages. Here are a few topics you can talk with your lists about before the show:

While most shows allow you to rent some sort of information gathering device to scan attendees’ badges, try taking this to the next level. Set up an interactive station at your booth where prospects have the opportunity to enter in their own information via an interactive device, such as a tablet. If you know anything about segmented lists, this will give you a great one leaving the show. If these attendees went out of their way to enter their own information, they’re more than likely interested. Now you can tailor your “after” messaging to give them exactly what they want.

Now that the show is over, your exhibit space is packed up and you’re on your way home, it’s already time to start working on your show follow-up. Don’t let too much time go by before you reach out to those who visited your booth. You want to stay top of mind, so within the next 1-2 weeks you should ideally send a follow-up message.

Like I mentioned before, be sure to segment your lists. Not everyone should be receiving the same messages from you. For those that were strictly gathering information, try sending them relevant information that includes a link in the email via your marketing automation tool. This way you can track who clicked on specific links, thus allowing further segmentation. For those that willingly gave you their information at your interactive station, send them a more personalized email. Following up with a coupon code or promotion with these more qualified leads may be just what they need to pull the trigger.

With proper planning and follow up, you can take your trade show to the next level this year. What other tips do you have for exhibiting at manufacturing trade shows? Share yours in the comments below! 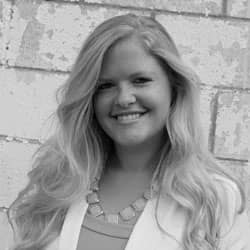