There Are No Boring Companies...Only Boring Digital Marketers

“Content marketing? Thought leadership?” Jack said skeptically during my team’s initial meeting at his office. “That’s fine for companies in exciting industries, but we sell storage tanks. Not really something many people want to read about.”

My agency specializes in digital marketing for manufacturers, and his objection was one I’d heard plenty of times before. Jack was the president of a mid-sized company that was well known as an expert on its own products, but had never considered positioning itself as a thought leader in their industry.

“Not true at all,” I told him with a smile. “Your products are a lot more interesting to people than you think, Jack . . . there’s no such thing as a boring company. Only boring marketers.”

That’s a catchphrase I repeat to clients frequently, and I really believe it. I showed Jack the research we’d done on what his targeted audience was consuming, and reviewed content strategies that would help identify his company as a thought leader in the field of industrial storage tanks. We looked at LinkedIn groups where his ideal customers hung out online, and reviewed examples from competitors who were starting to scratch the surface with content marketing themselves. 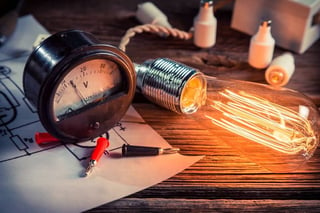 In the end, Jack embraced a strategy that included new content like blog posts, infographics, videos and guides about the storage tank industry in general, rather than exclusively focusing on his own company. And over time, he saw the benefit of content marketing; visitors spent more time on his site, organic traffic increased, and he received a larger volume of qualified leads.

One of the most satisfying parts of the process for me, though, was helping Jack see his products and his industry as truly exciting.


Regardless Of What You Sell, Someone Thinks It’s Exciting

Unfortunately, some manufacturers have an inferiority complex when it comes to their industry. They might understand the effectiveness of content marketing, but think that companies like their own are “too boring” to use it effectively. It’s easy to identify these self-doubting manufacturers by looking at their websites: they’re usually void of any thought leadership content at all, and focus only on their own products and services.

Regardless of what products you manufacture, though, I guarantee that there’s an audience out there who thinks they’re exciting. It might be a small subset of the population, but they’ve become easier to identify thanks to modern digital marketing. And they’re chomping at the bit for great, engaging content about your industry.

In fact, the more “niche” your manufactured products are, the easier it will be for you to identify your company as the premier thought leader in the industry. Why? Because manufacturers haven’t embraced content marketing as quickly as other verticals, and it’s likely that your competitors haven’t come around to it yet, either.

But make no mistake: if your competitors haven’t started positioning themselves as thought leaders in your industry, they soon will. If you don’t embrace content marketing, you’ll likely find yourself playing catch-up when the competition catches on.


Build Brand Advocates By Talking About More Than Just Your Company

I don’t care if you make cardboard boxes, ball bearings or rubber cement . . . your industry is exciting to someone, somewhere. And with a good digital marketing strategy, you’ll discover where that audience is, give them the information they’re looking for, and convert them into something even better than customers: they’ll become advocates for your brand.

The first step in that process, though, is to stop talking only about your own company. Become a thought leader, instead; start conversations and provide answers about where your industry is going, what your consumers are doing, and fun (but relevant) information that your targeted audience is interested in.

There’s no such thing as a boring company . . . only boring marketers. Make that motto a core element of your company’s philosophy, and dedicate yourself to serving up great content to the audience that’s as excited about your industry as you are.

The results will be anything but boring.